A winding road to a brighter future

There is a common misconception that with the passing of many traditional heavy industries such as coal mining, shipbuilding and steelmaking, we had moved on into a new post industrial economy. In truth, the process of deindustrialisation and economic regeneration continues, and there is a constant and relentless churn of company expansion and new job creation versus factory closures and job losses.

In some instances we have seen towns and cities lose the very companies that were attracted in to replace the original traditional industries. The impact is greatest where a town or city have suffered a series of blows – whether it be the likes of East Kilbride with Freescale/ Motorola and then Rolls Royce, or Dundee with the impending closure of Michelin factory which has been the most high profile of many losses. In smaller towns or rural areas, the loss of the main employer in an area can be equally devastating, such as the closure of Pinneys factory in Annan. 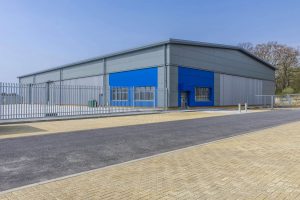 The closure of the Boots manufacturing facility in Airdrie in 2005, with the loss of 800 jobs is a historic example of this ongoing churn of major long standing employers in towns ceasing operation and closing factories. North Lanarkshire had to face up to a changed world – heavy industry was gone, and the industrial landscape was changing rapidly. Businesses were leaving the area or going under, unemployment was rising, and the need for a radical plan to address this was urgent.

As part of their response to the Boots closure, North Lanarkshire Council and Scottish Enterprise established Fusion Assets, a special purpose vehicle tasked with identifying, acquiring and developing business locations within the region. It was clear that in order to persuade new businesses to invest in North Lanarkshire the existing infrastructure had to be substantially overhauled to be attractive to prospective employers.

Although a public sector company, Fusion Assets is described as being at arm’s length from the council, its purpose is simple – to create an environment that encourages business relocation and attracts investment and jobs into the local area. It has aimed to redevelop brownfield sites and to breathe new life into communities still suffering from the demise of both new and old industries. In its initial phase, the company set about acquiring land and bringing the sites up to a development ready condition. These derelict sites reflected Lanarkshire’s industrial past and included former brickworks, steel plants and coal bings. As well as requiring new investment in infrastructure provision, many of the sites suffered from undermining and contamination as a result of their former uses. These were the sites which had previously been passed over for development when the former enterprise areas were built out along the M8 corridor or where development had stalled as they were no longer regarded as priorities.

Typical of current projects is Gartcosh Industrial Park, located just off junction 2A of the M73 motorway. The initial 6.25 acres were acquired in 2014, with a further three acres added in 2018 to form a second phase. The industrial park is located on the site of the former Gartcosh steelworks also home to the Scottish Crime Campus, and is well served with it’s own dedicated railway station, complete with park-and-ride facilities. Between the two phases, this development will deliver a total of 128,000 sqft of Class 4,5 and 6 industrial and office space. The first building was completed in March 2019 and offers 18,000 sqft of modern industrial/distribution space.

Fusion Assets facilitates the development of such sites, working in partnership with the private sector to attract employment and investment to the area. The company acts to secure sites and planning permission and then to identify appropriate funding and development partners to take them forward. Where necessary it will commission essential groundworks and enabling infrastructure prior to full development.

By ensuring an on-going supply of high-quality industrial and commercial property, North Lanarkshire is working to reverse the setbacks of the past and to encourage inward investment and business expansion, creating additional jobs and opportunities for the region.